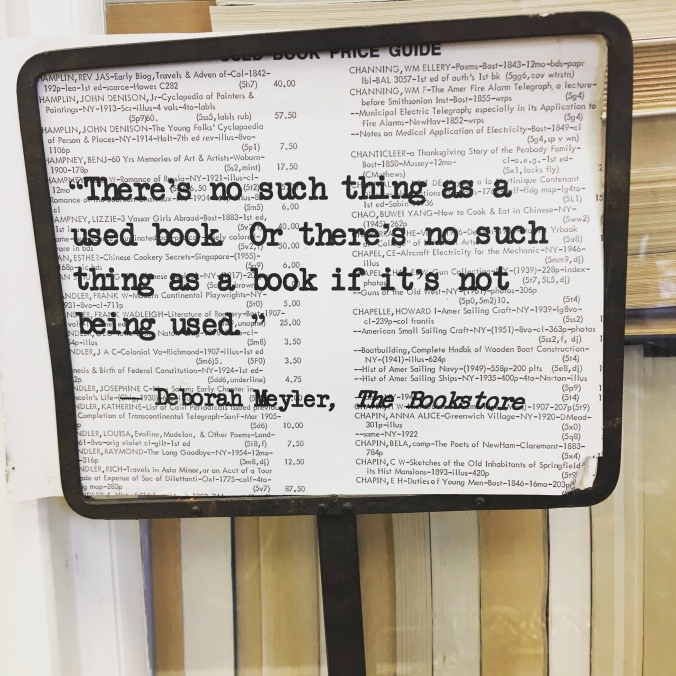 I’m reading, The Diary of a Bookseller, by Shaun Bythell, owner of The Bookshop, Wigtown in Scotland. I get him. Totally. And I’m not even a quarter of the way through his book. It’s his world – his reality – of being a bookseller. Of owning a brick and mortar shop. Dealing with volumes of books, and handling customers and the like. Including not-my-friend, Amazon. Written in diary form to include the number of daily customers and “Till Total”. He is honest. And brave. And I love him. I want to shake his hand and say, “Bravo!”

I started this blog with the intent of writing about my life as a used bookstore owner. A young customer called me at the time ‘The Bookstore Lady’ so I took on that personality as I wrote of my experiences. Good. Bad. But one day I freaked out when a husband and wife were arguing about something I had recently written so they asked me which one was correct in interpreting the meaning of an entry on the blog. Honestly, that freaked me out. I pretty much stopped blogging then because I felt a curtain had come down on me and I was now exposed. I wasn’t sure what was exposed but I knew I felt weird about it and try as I might I had a difficult time posting after that. I wrote numerous drafts but never posted them. I took up writing them in my head and leaving them there.

I’m going to try it again. Will see. Hopefully. Bythell is my inspiration.

“…but there are also people – lots of them actually – who appreciate that if you want book shops to survive, you have to go to them and perhaps pay slightly more. That’s the logic that Shaun Bythell makes a living from, and it’s still working.” – The Herald, 23rd Sept 2017 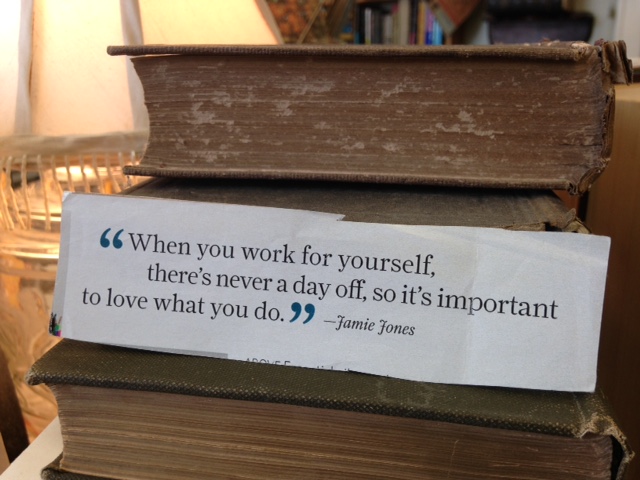